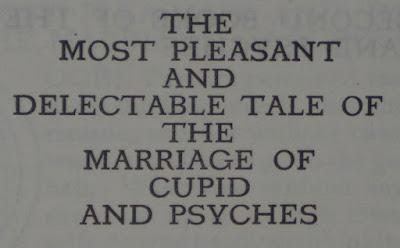 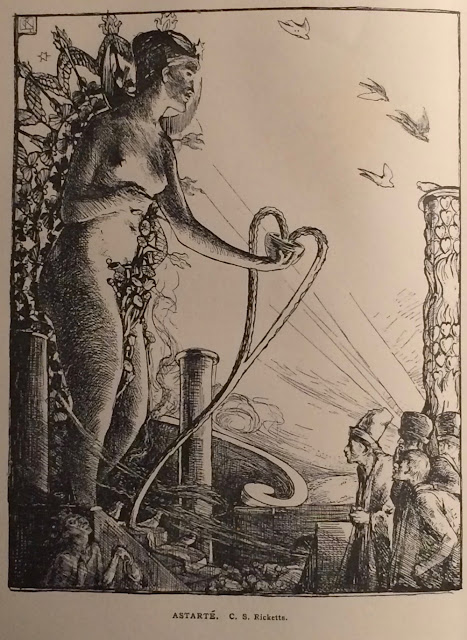 331. Charles Shannon In The Mirror Exhibition

The National Gallery in London devotes an exhibition to the influence of Jan van Eyck's painting known as the Arnolfini Portrait on the Pre-Raphaelites: Reflections. Van Eyck and the Pre-Raphaelites. The five rooms contain 43 sketches, paintings and mirrors, and although the title is too grand for the occasion, the show is interesting for the inclusion of two paintings by Charles Shannon.


The unusual perspective and the reflections in the circular mirror in Van Eyck's painting have been imitated in many nineteenth-century paintings, and as the Pre-Raphaelites's influence continued in the early twentieth-century, later paintings remind us of the fifteenth-century masterpiece.

Shannon's paintings are both on loan from the Tate Britain. One is 'The Bath of Venus' (No. 35 in the catalogue), the other one is 'Les Marmitons' (No. 36). The presence of a circular mirror in these paintings is quite different. In the first one, as the catalogue note explains, 'the circular mirror reflects the backs of the attendants and echoes the reflections seen in the water, basin and ewer'.


The function of the mirror in the second painting, 'Les Marmitons' is not related to reflections; it is about disguise, and concealment. Two girls in fancy dress imitate kitchen helps ('marmitons'). The mirror is hazy, the reflection confusing, the view is obscured; the disguise has been enforced, acknowledged, and supported.

This is echoed in the poses of the two girls, their bodies forming two demi-circles. This yin-yang-like arrangement stresses their intimacy, and questions their sexuality.

Ricketts and Shannon were under the spell of the Pre-Raphaelite painter Dante Gabriel Rossetti (Ricketts more than Shannon), whose house was full of circular mirrors. However, the meaning of Shannon's mirror is different from the connotations it had in Rossetti's work, and far removed from the significance of the mirror in Van Eyck's original painting.

The exhibition has its flaws - it was not well visited while we were there - but it is worth seeing the Van Eyck, and an opportunity to study the Shannon paintings. Photography is not allowed, but why? Images abound on the Internet.
Posted by Paul van Capelleveen at 12:32 AM

330. One Sketch for Two Bindings by Ricketts

The British Museum has digitized numerous archival materials by Charles Ricketts, and published images on the website. One of those is an image of a design by Ricketts for a binding.


This preparatory drawing (Museum number 1962,0809.1.13) has been described as a 'pattern of leaves and flowers amongst grid of vertical and horizontal lines', executed in 'pen and ink with graphite and touches of pink watercolour and white bodycolour'. The drawing survived in an album of 46 drawings that was donated by Riette Sturge-Moore in 1962.

There are at least two bindings for Vale Press books for which this design has been used.

The first application of this design for a binding was for Shakespeare's The Passionate Pilgrim (published 1896) bound (in or after 1898) in red morocco.

A copy of the Vale Press edition of Blake's The Book of Thel (published 1897) was bound in white pigskin after the same design. This raises some questions about the colour and materials used.

The assumption was that white pigskin bindings were not unique bindings, but bindings that used the same design in small series. However, if a design was used again, the earlier one in red leather may have become less exceptional, as the design no longer could be termed unique.

It is not possible to date these bindings. Originally, these early Vale Press books were only printed on paper, and published in plain paper covers. As soon as the Vale Press started to print a small amount of copies on vellum, in 1898, the publishers announced they would accept commissions for specially designed bindings. Collectors immediately picked this up, and asked for leather bindings designed by Ricketts for the earlier paper editions.

It is quite a puzzle, involving a colour code, specific use of materials, etcetera. To date, alas, there is not enough published evidence of those bindings.
Posted by Paul van Capelleveen at 12:30 AM